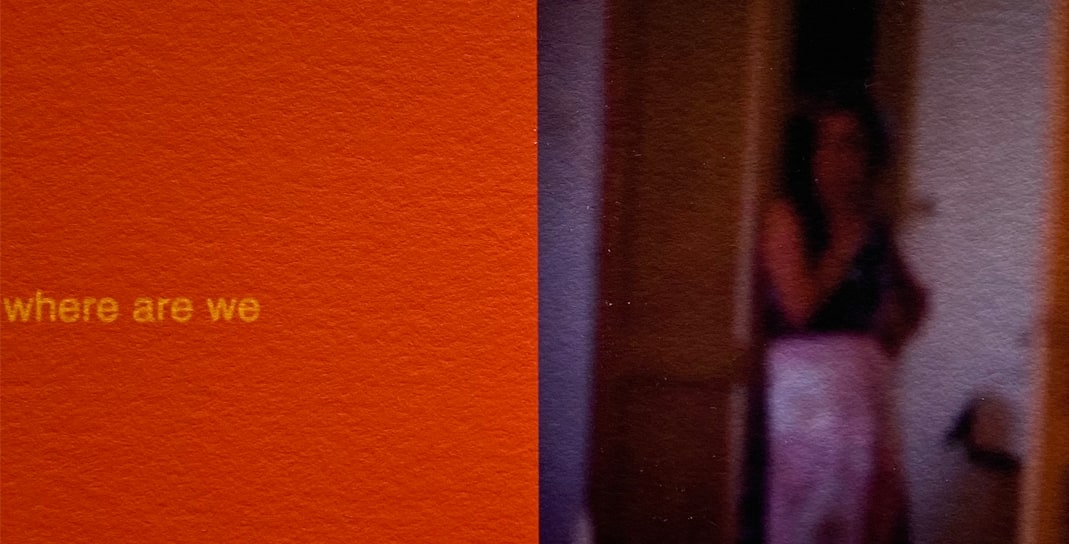 It is with great joy that we announce the participation of Chiquita Room in the Loop Festival 2021 with the artist Marina Sagona and her work “COUSCOUS”. In it, on some family pictures taken in Tripoli in the early 60’s, the artist’s father’s voice explains his couscous recipe in Italian. While he speaks, a text in English appears on the left side of the screen. It is not the English translation of the recipe, but a kind of emotional decoding of it. Using an imaginary dictionary, the artist translates his father’s culinary love into a kind of musical score.

“COUSCOUS is a short video that is structured like a diptych. On the right side of the screen, various clips of family footage are shown, while on the other side of the screen, we see short, linear information about the artist’s father and his family over a background the color of chickpea pasta. Born into an Italian family that had lived on the island of Malta for over 200 years and then moved to Libya during the Ottoman Empire, the father, Oreste, gets married in 1966 and moves to Rome. The rest of the family does so in 1969, after Gaddafi’s coup. Malta is populated with people from Italy, an island that Ferdinand of Borbon, King of Naples and Sicily handed over to the British Empire in 1816, after the signing of the Paris Treaty in 1814 and the Vienna Congress in 1815. Since Italian was banned as the official language of Malta in 1936, many Italians then moved to Libya. They cross the Mediterranean, as wandering Jews had done before them, with resignation but also with vitality and good intentions. What nobody can take away from them are those times that are their very own, as much as those others of inherited years and centuries they carry in their blood and their memories, and in their homeland, so to speak, the one that has never been a physical place but a mental place. COUSCOUS condenses a memory of happy survival.

In his posthumous book Time Regained (1927), Marcel Proust said that we also retain the smell and taste of beings and objects of the past, whose memory sometimes lasts much longer, like the smell of madeleines: “Remembering, waiting, hoping, amid the ruins of all the rest; and bear unflinchingly, in the tiny and almost impalpable drop of their essence, the vast structure of recollection.” In COUSCOUS, this edifice of memory is built by Sagona, not just with the memory of what was filmed, the beaches, the streets, the architecture of Tripoli, but also with the sound, the voice of her father explaining a culinary recipe.

The visual diptych in COUSCOUS is complemented with an Italian-speaking voice that explains the recipe for couscous. Food is the means of communication through which her father expresses himself: describing or breaking down a recipe he likes is his way of expressing his love and explaining his roots. In every recipe there is a linear aspect (the number or list of ingredients), but there is also a timeline aspect, the code to combine those ingredients (how to cut them, put them in the pan, and the timing). A cooking recipe is a language that has no other translation than its making. In the video COUSCOUS, in the flow of Oreste’s voice, we watch the pan being filled, not with ingredients, but with experiences. That cooking pot, as a familiar territory, is a sensory place as well as an emotional epicentre. Every nation has limits or it does limit, but the place does not. Neither does food.

The film follows the logic of the condiment, of cuisine, to reach the feeling and the memory of a native land, that space we grew up in. The voice of the father rolling out the ingredients and their order in preparing the dish, as well as the dish itself, are what provide the true look at who we are. They are not mere madeleines but, as in Proust, it is the preparation of a dish that brings back the involuntary memory. In that act of cooking, land and love are both summed up and reaccepted”. 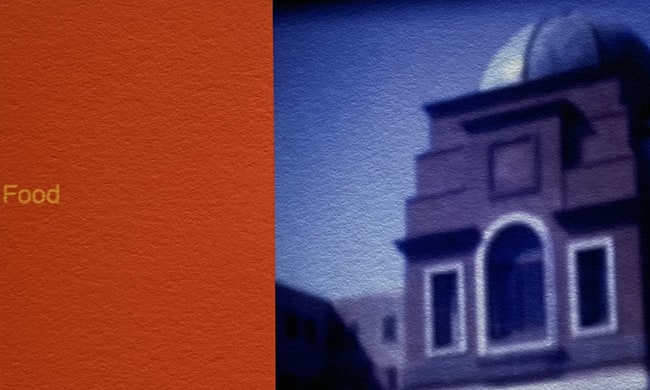 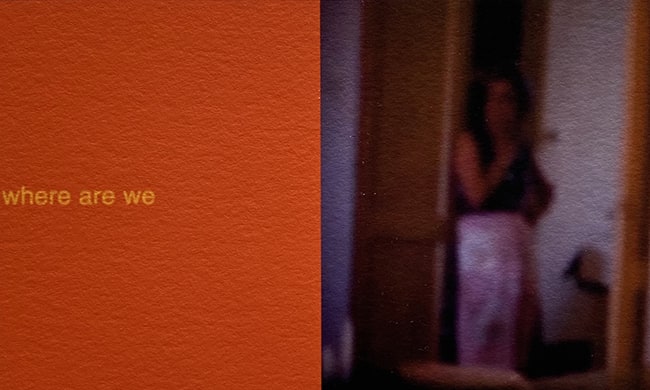 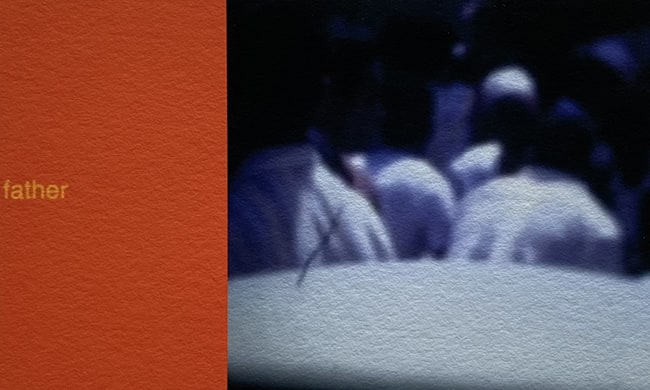 Marina Sagona is an Italian and American artist living in New York City. She works in a variety of visual media, often around the concepts of control and codependency, sometimes collaborating with other artists. 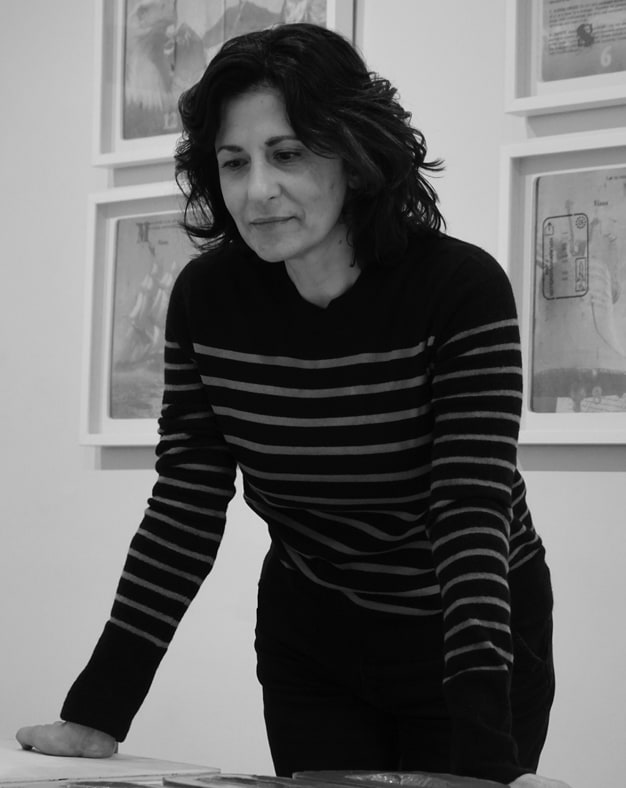