Who will mourn the stones that have fallen? Simbología 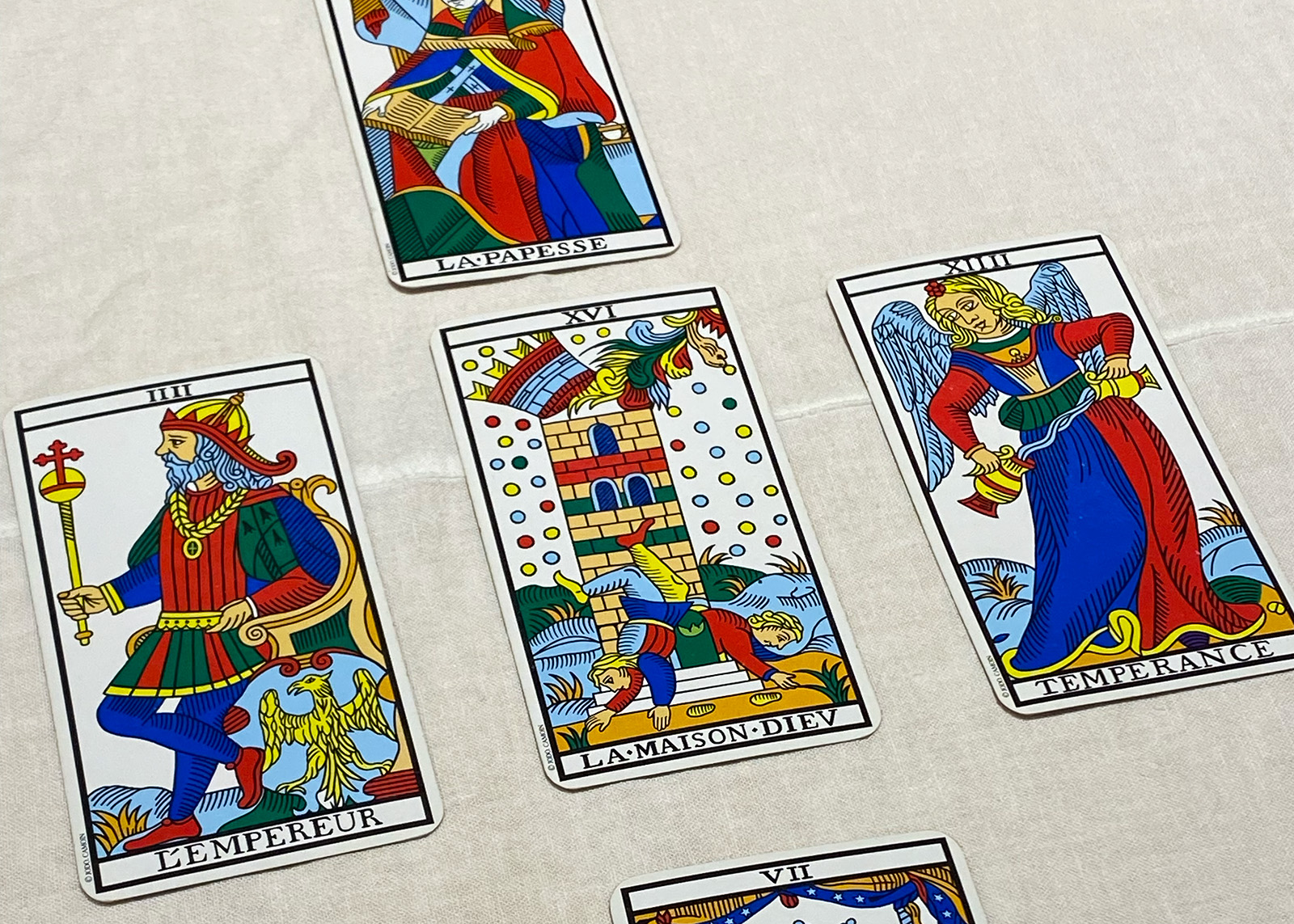 Last January 5 took place in Chiquita Room our traditional Night of Queens for the fifth consecutive year since the opening of the gallery and Saya, Susanna and Cecilia shared their interpretetion for the spread.

First, Saya introduced the numerology of the year 2023. The sum of the four numbers results in seven, a number that implies higher knowledge, wisdom, esoteric wisdom. Seven is a magic number that connects with the higher laws. Reality, Saya told us, is organized in a vibrational system of seven elements (from the days of the week to the musical notes, the hermetic laws or the traditional planets of astrology) and all of them are related to each other by analogical correspondences. Thus, 2023 would be a year that allows us to connect with higher knowledge, with intuition, with that which goes beyond immediate perception.

In tarot terms, the seven corresponds to the arcane of the Chariot, which implies sense and direction, a path of process, a journey. That can make us think that 2023 will be a dynamic year. Beyond that number seven, the year 2023 is the 23rd year of this last millennium. The 23 can be interpreted as a new beginning because there are 22 arcana and number 23 would be a new beginning after the experience of having lived a complete cycle. In 2023 the portal of the first cycle has been crossed and we enter a new cycle with the experience and wisdom of the previous one.

After this introduction, Susanna proceeded to shuffle the cards and carry out the spread in which five cards had to be taken out forming a cross. Among the audience, numbers 13, 9, 1 and 7 were chosen, from which came out the cards of the Emperor for the position of thesis (yes), Temperance for the position of antithesis (no), the High Priestess for the position of synthesis and the Chariot for the tendency. From the sum of the respective values (4+2+14+7) resulted the number 27, which reduced gives us the 9. The card 9 of the deck, which would be the central card, turned out to be the Tower.

With the cards on the table, Cecilia, Susanna and Saya proceeded to interpret the spread. They began with the Emperor in the position of yes. The Emperor is an action card, but an invitation to thoughtful, unhurried action. An emperor is mindful of all that is involved before taking a step. It is a card that invites receptivity, analysis and evaluation in order not to fall into tyranny, and allow us to set boundaries to certain situations that we do not want to be involved in.

Susanna remarks how the Emperor holds onto his belt, feels the viscera to experience the passions but does not let himself be carried away by them. The Emperor also has a white beard that indicates maturity: what has brought him to this position is not to be the youngest or the most agile but rather the one who dominates himself, carrying serenity and balance. In this position, we are invited to execute the actions we have pending, to set limits, to take steps.

In the position of no we saw the Temperance, which means that things should not be left to fate, to flow. In order for them to flow, we must start the engine, not wait for things to solve themselves. Instead of being carried away by the idea of “what has to be will be”, Temperance in the position of no, invites us to make decisions, not to get lost in dissertations and not to wait for things to be clearer.

The High Priestess appeared in the position of synthesis. This card invites us toreflection. It is a card of incubation, connection with the divine, intuition, and the values of receptivity. The wisdom of the High Priestess is a wisdom that is nourished by the experience. This figure has only one book, the book of life, the book of each and every one of us, and that knowledge is distilled from our own experience, that each one of us is alone to discern.

In the reading, this leads us to the Chariot, to look ahead, so that we can choose our own path, our own and non-transferable journey. The Chariot invites us to learn by doing our way, taking into account the two horses that pull it forward, reason and emotion, which are the forces that govern us.

Finally, the card of the Tower in the center indicates that all our personal and collective beliefs are collapsing. Cecilia talks about a new cycle, about the fall of all fake things that we had built and that had served us in previous stages but that now are an obstacle. The Tower points to a moment of renewal, the end of living according to our beliefs and to detach ourselves from the old. The old structures that no longer make sense fall down and we can cry or celebrate, because with the stones that are now on the ground we can build a new house, with foundations that are aligned to our new values.

To conclude and seeing the cards in perspective, they invite us in 2023 to take action, to live according to our own experience and from there to distill wisdom, to let our consciousness flourish and expand, because only by climbing that step we can understand that what is falling may have been useful, may have had its logic, but it has no longer a purpose. This spread is an invitation to be grateful and let go, to move forward and not cry for the stones that have fallen.