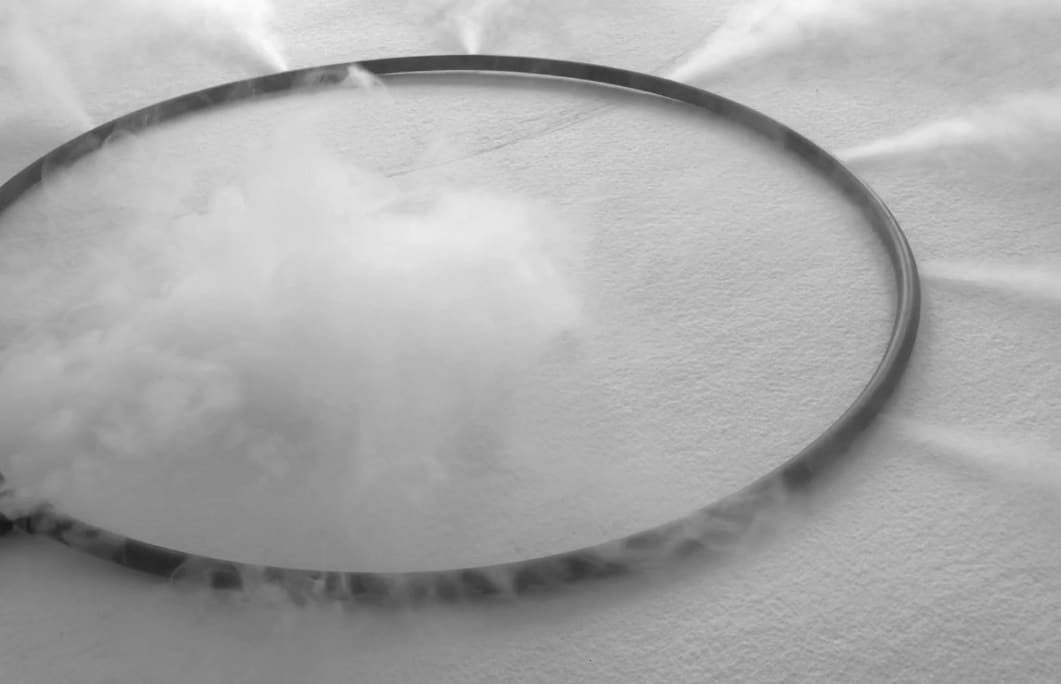 Could it be, a writer asks a physicist, that we have a deceptive perception of time because, as inhabitants of the plains, we lack the ability to discern the complexity of the universe? Indeed, replies the scientist, we are still inhabitants of the plains who possess the imagination needed to perceive plural worlds and the richness in the phenomena around us.

As is the case with gravity, space, or matter, the experience of time is a notion removed from the most practical aspects of life. Even though it is essential for the abstract processes that are typical of science and art, common understanding of time comes from the most immediate sensory experience. Contrary to this, in science, time is described through the existence of different scales and levels in nature. Among these levels, the one that allows us to feel the flow of time in connection to the space we inhabit is the level that has the most surprising and unusual effects.

Let us reflect on the idea that most of the universe, in its great vastness, is out of our reach forever. That the halo of light which transports information from an essential, warm universe has died out and that we live in a cold cosmos. In it, the phenomenon by which we conceive an event as part of a temporary series has dissolved into the amplitude of a remote past, beyond the limits that are visible to space probes or the most extreme astronomical observation devices. We can ask ourselves how far our sight can see and delight in the futility of the question. It is true that, although the universe had traditionally been considered as the region contained within the frontiers of the observable, at this point in our history, it is accepted that our universe comprises the totality of unperceivable events, which are also determined by space-time.

In Time Bends as We Come Closer, Pedro Torres reflects precisely on singular planes of reality, examining them through the lenses of contemporary science, with a unique artistic vision. In the works displayed, one discerns a commentary and a close observation of the field equations with which Einstein revolutionised cosmology. As a result of these equations, the idea of gravity as a force was replaced with the notion of time and space intertwined in a continuum: space-time. The artist approaches this denomination of gravity metaphorically as an extraordinary concept. The effects and contact points created between bodies and masses displayed guide the arrangement of the pieces in the gallery. The use of neons arranged in vertical and horizontal geometries suggests a relation among masses in an intertwined system. The geometries of space are consequently distorted by the presence and distribution of matter.

The tension in the area of the exhibition is deciphered through the analysis the artist has done regarding fundamental concepts that, despite guiding our world’s behaviour, go unnoticed in our daily lives. If a large mass such as Earth slows down time in its proximity and this effect causes things to fall onto the surface of the planet, pulling them downward, it is worth wondering how we can sense these principles. Let us take the case of the alteration of time and how it flows more slowly in a strong gravitational field. It is a fascinating fact, particularly on a large scale, which happens in places in our universe where gravity is spectacular, such as on the horizon of a black hole. Or, on an opposite scale, we can consider individuals or objects, strictly speaking, located in an environment of time and space only tangible in conventional physics, but which do not exist in quantum mechanics. By inviting the viewer to occupy a space where individual objects are constituted through behaviour, position and contact, the artist creates an area designed to intertwine, which alerts us of the extension, complexity and magnitude of phenomena in nature.

The most amazing physics theories in the 20th century, and subsequent discoveries in fields where the disciplines of cosmology, astronomy or particle physics converge, not only concern the world of science and the phenomena it describes. Philosophy and art take on a decisive role in transforming knowledge and raising awareness toward a culture that is closer to the domains of the non human.