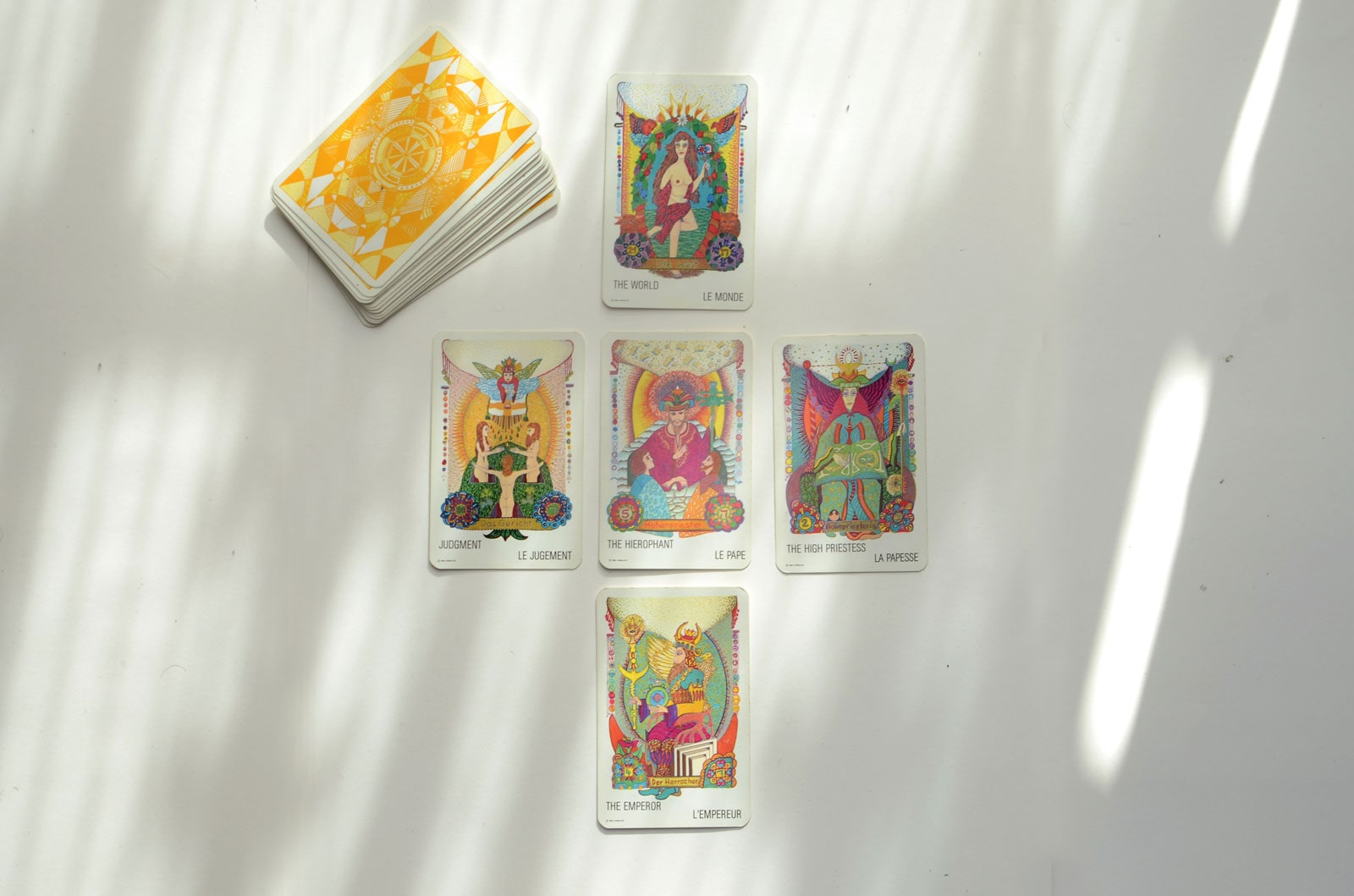 Another year on the evening of January 5th a since I have been living in this room, we celebrated the Night of Queens and tarot to entrust our intentions to the cards through three visionary women, who know well the psychological tarot and its archetypes. Susanna and Saya from the gallery in Barcelona, and Cecilia online from Lisbon, led us to start the year with clarity when addressing resolutions, with confidence to connect with our own resources and with curiosity to live what 2021 has in store for us. In this cross reading, The Judgement card was placed in the thesis position, where we should focus, in the antithesis The High Priestess, in the synthesis The World and in the place of consequence, The Emperor. The key card of the reading, which is placed in the middle, The Hierophant. This reading seems to open the door to a year in which we must combine mastery and learning, with the ability to build bridges between divinity and the mundane. An elevation on the practical level of life can help us to be aware of transcending to a higher reality and learn from it. 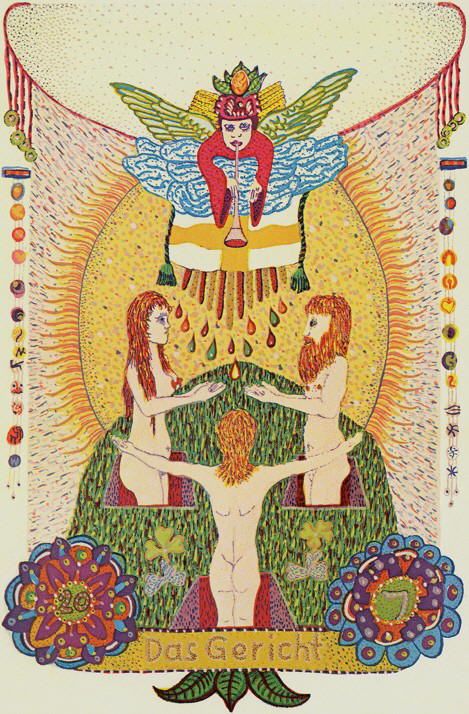 The Judgement, arcanum number 20, announces an eternal and irrefutable truth. It is a rebirth from darkness that calls for the union of opposites (the man and the woman representing the masculine aspect of action and the feminine reception) and invites us to renounce to judge and stop comparing. Individually, we must find the values that allow us to integrate, to unite, not to see differences, not to discriminate… Or to see ourselves as similar in the differences, in any case. This card asks us to stop judging and to take action with solidarity. It doesn’t matter what colour you are, what country you are from, what political party… That is irrelevant, since what brings us together is something much more important, which cannot be ignored right now. 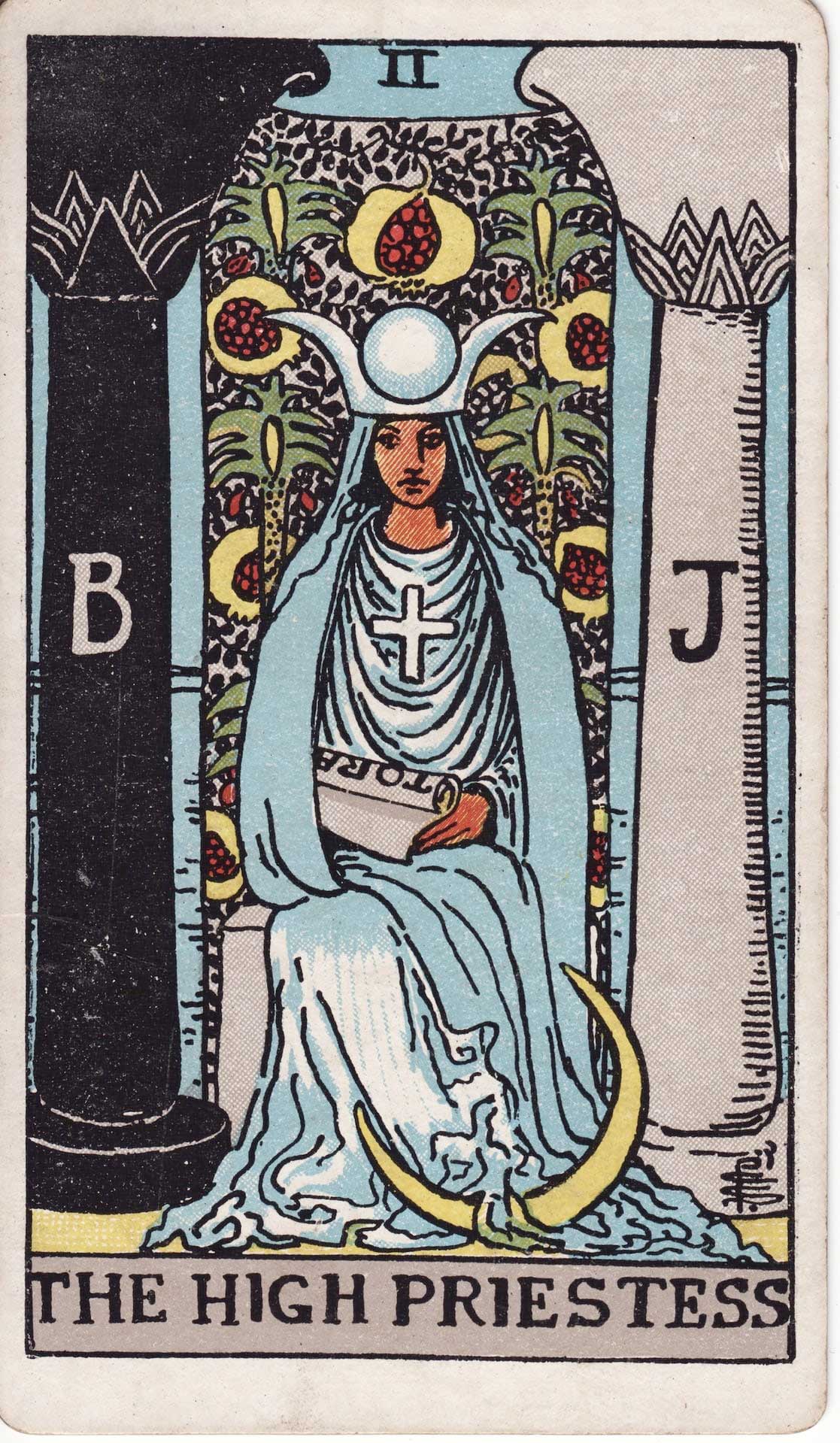 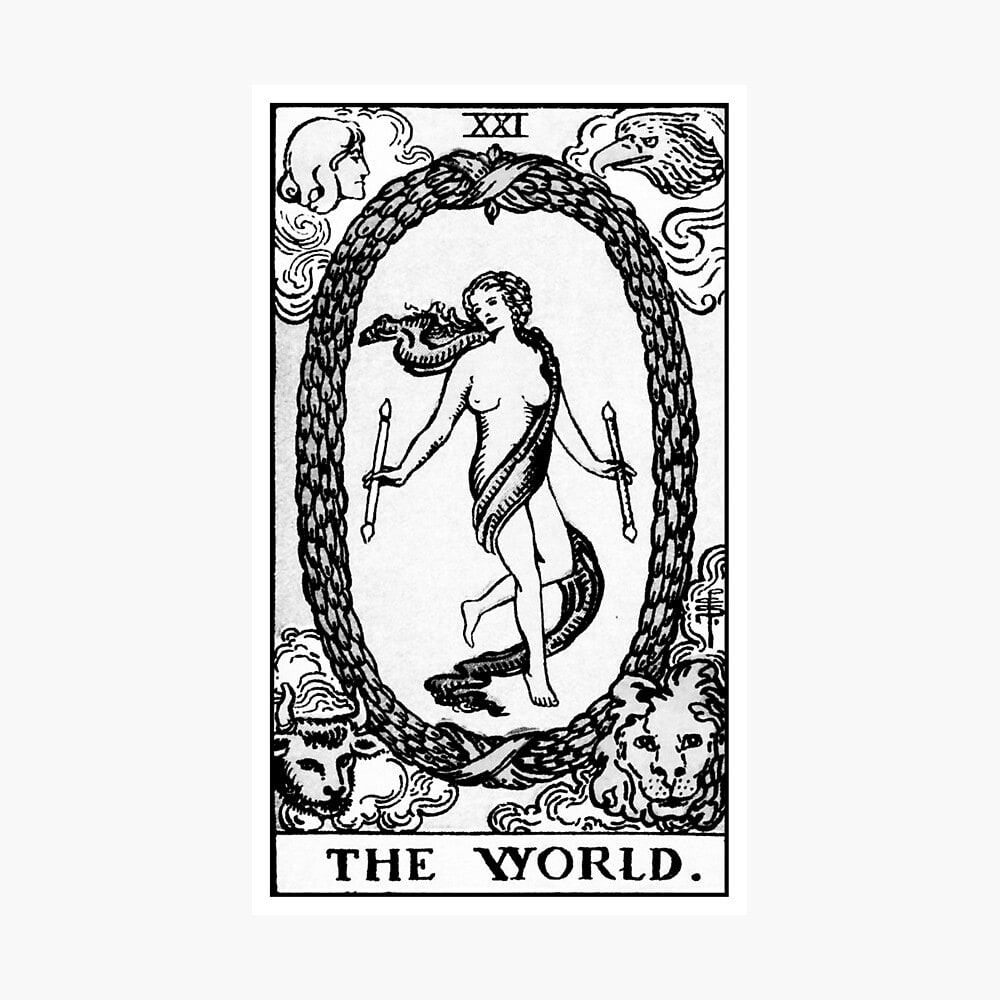 The World in the position of synthesis indicates that in order to transcend, we must let go and stop projecting into the future. This is the culmination of a world: a reality that is revealed to us. We must therefore integrate the revelations to create the blueprint for a new world, not as we have been able to conceive it or understand it, for it is no longer governed by the patterns of the world as we know it. The 21st arcanum is the one we are living in. After the year 2020, the year of double judgment (if we look at arcane XX), the angel comes with his trumpet announcing that the tombs are open to a new consciousness. This new world to which we have awakened is the one we have to assume, to integrate, to build. It is an incipient consciousness, an end of a learning cycle, which we have to face without the usual judgement, not thinking so much about what is right or wrong, but what simply is and allows us to move forward collectively as a society. 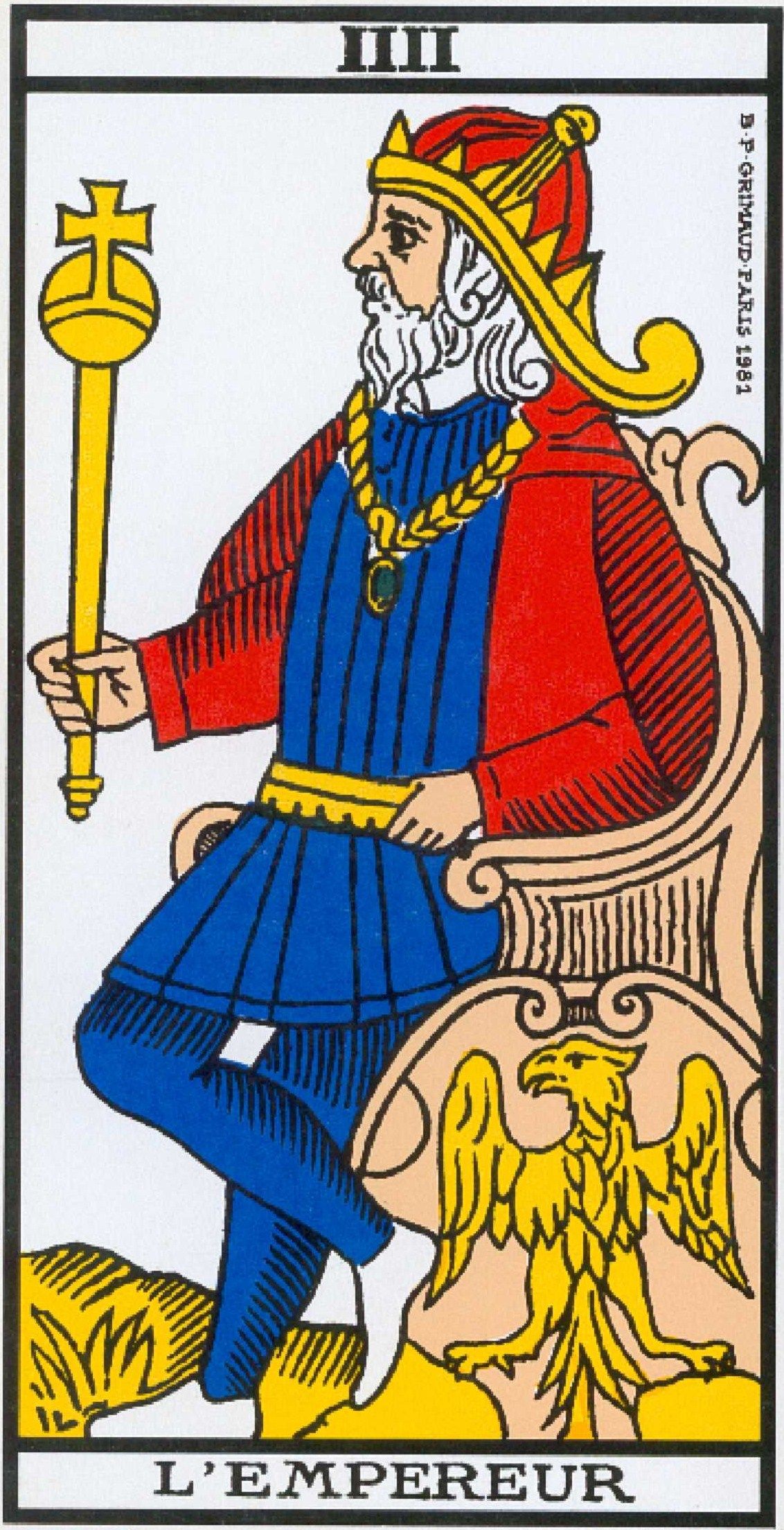 The Emperor, in concluding position, is the most concrete situation we have now. We are still under very fixed structures and if we think globally we can glimpse transcending them in a loving and non-judgmental way. We can come to identify the structures, evaluate them and see to what extent they are useful. As a male patron and its values, those of patriarchy, The Emperor is in decline. But we’re still being told what we can and cannot do. We have the opportunity of living those structures from somewhere other than the rigidity and authoritarianism of the Emperor. We know that these rules and commandments have to be revised, so we can rely more on individual responsibility if we assume ourselves as people who are bound together.

From this card, it is also interesting to look at the values we may need in this new situation. The feminine principle of The Empress is to create life, but through The Emperor we remain in it. The world he rules is the target of his gaze, he has the protective shield on the ground and is safeguarding his army, holding his belt, in the abdominal area where the passions such as anger, rage and the lower emotions in general are. The Emperor is master of himself, which allows him to stand alone at the head of his army not because he is the strongest, wealthiest or most intelligent soldier, but because he has the qualities of service to others. The important thing now is not to have many qualities, but mainly that whatever qualities we have, big or small, we live them with an intention of service, holding our belt: that is self-governing and not identifying with our emotions (not repressing them either). An attitude of inner strength to face the external will allow us to prioritise the attitude of contributing to the collective.

In the central card, the worldly authority of the Emperor gives way to a higher authority, based more on values and wisdom than on power. We are facing The Hierophant who invites us to make use of a power that is not imposed on us. The conclusion of this spread refers to the High Priest and his higher values: to a higher wisdom applied to the world, which we have to interpret in order to form a new, higher value system. We have to channel as masters while retaining our apprentice’s eye, to convey a higher wisdom to the world. The Hierophant refers here to our inner authority, he is an authority in belief, while the Emperor is an authority in the world. This is the shift which also warns us to beware of beliefs that come from outside or looking there for answers.

We are invited to look for the answer within ourselves, trust our inner guide and distrust any information that, contrasted with our intuition, makes us squeak. This is the awakening of an inner teacher. The Hierophant tells us: beware of false gurus, fake news, or suspicious sources of information. Feel whether it comes from a true source in the real sense of the word, led by supreme values such as love and beauty, or whether it is an attempt at manipulation by the apprentices who appear under his figure in this card. So let us connect with the inner master, also being apprentices through our intuition to connect with higher values, an inner spiritual power, which perhaps until now has been in the hands of others. All of us can be the representation of God on Earth and give voice to those values, being learners and teachers at the same time. Truth comes from love and when we express our truth, even if it is not the universal one, if it is truly ours, our voice will come from the heart. 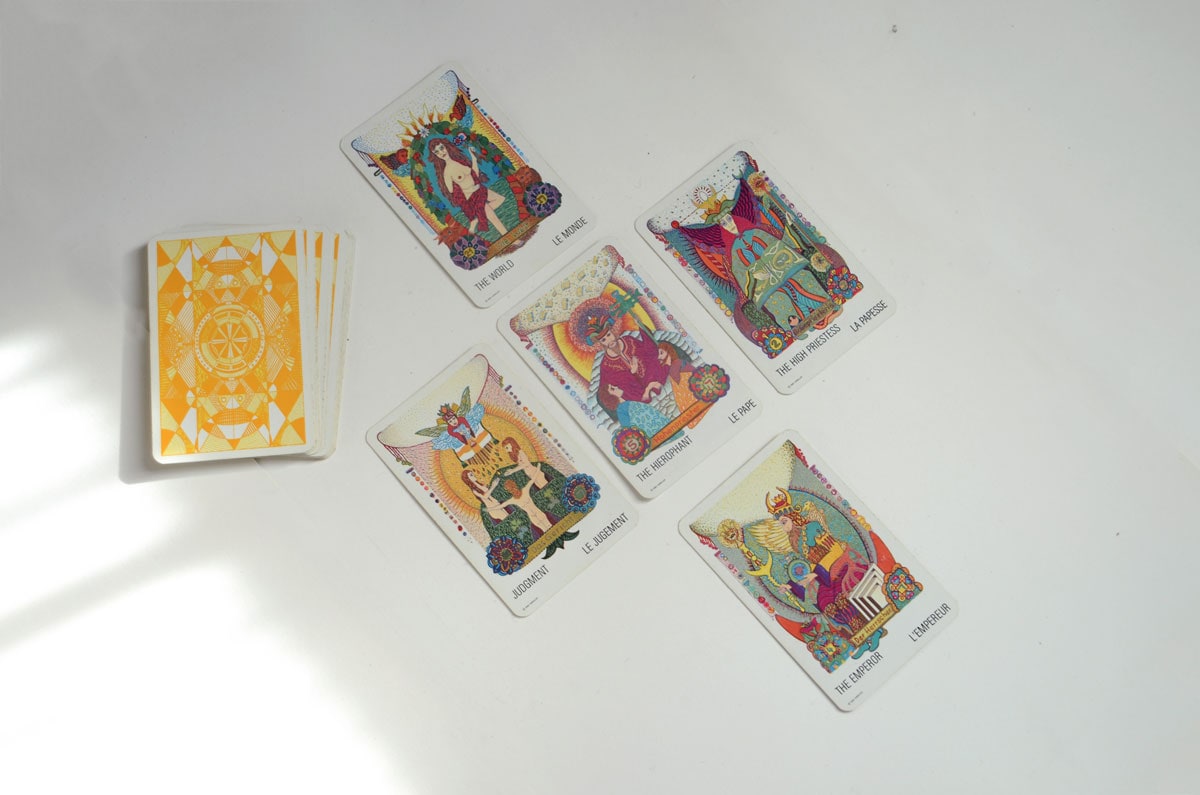 In summary, for Cecilia thiswill be a year in which we are going to follow in the wake of the previous one, there is not going to be a radical change overnight, but these small changes that the cards invite us to make will begin as small sprouts. Little by little we will realise that we have been manipulated, even if it has been with the best intentions, especially in our freedoms and, also little by little, we will begin to connect with new ways of seeing and feeling. This new cycle of learning could make us accept that there are things that end and structures that have to fall so that a different world can begin with what we have.

For Saya, this year will be a year of challenges, of gazing in wonder at a new world that is yet to be discovered or reinvented. It is a year to combine individuality and one’s own truth with a higher, collective consciousness, which does not consist of a single thought, solution or truth. The world in 2021, from the arcane of The World, must be discovered in order to create another world that is a little different. There are new keyws different to what we’ve know so far. We have to discover new ways because the play is different from the one we thought and we have to contribute with our truth and authenticity so that this world integrates a variety and a multidimensionality.

Susanna sees that, in concrete terms, this will not be a year in which the crisis will be resolved. The reading combines very low and very high cards. The HIerophant tells us: be ware because we have no referents! Be aware because we cannot trust politicians, nor what the media tells us! But we have to learn to get used to searching for truths on our own, to distinguish the true from the false. The High Priestess invites us to use this feminine wisdom that is hidden, about to come to light in the coming decades, and encourages us to bring the feminine out into the open: our self-esteem, self-management, unconditional love and self-trust, even if we are afraid.