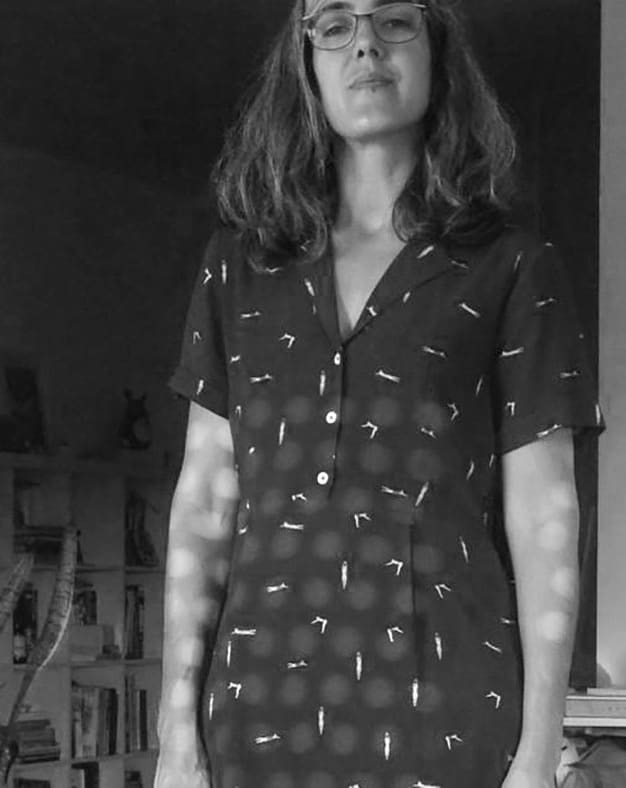 Sonia Pulido is an illustrator, draftswoman and printmaker. With a degree in Fine Arts specializing in engraving and printmaking, Sonia Pulido won first prize in 1996 in an illustration contest organized by her university. She began her career doing illustrations for El País Semanal, Mujer 21, Rockdelux, Stripburger or Tretzevents and short comics, with her own script, for Dos veces breve, NSLM or Tos. In 2002 he won the Injuve Illustration Contest. His first full-length comic book was Puede que esta vez (Sinsentido), where he wrote a script by Xavi Doménech inspired by the song Maybe this time by Cabaret. She has participated in exhibitions, such as the collective Sin nosotras at Espacio Sins Entido, together with Rachel Deville, Lola Lorente and Catel Muller, in early 2008, and in the individual Sonia Pulido. Separar por colores at the Encuentro del Cómic y la Ilustración de Sevilla in 2009. In 2020 she was the winner of the National Illustration Award. She participates in the exhibition “Arcana: the secrets of the tarot”.