"I create small and fragile worlds that, if you turn off the light, disappear." 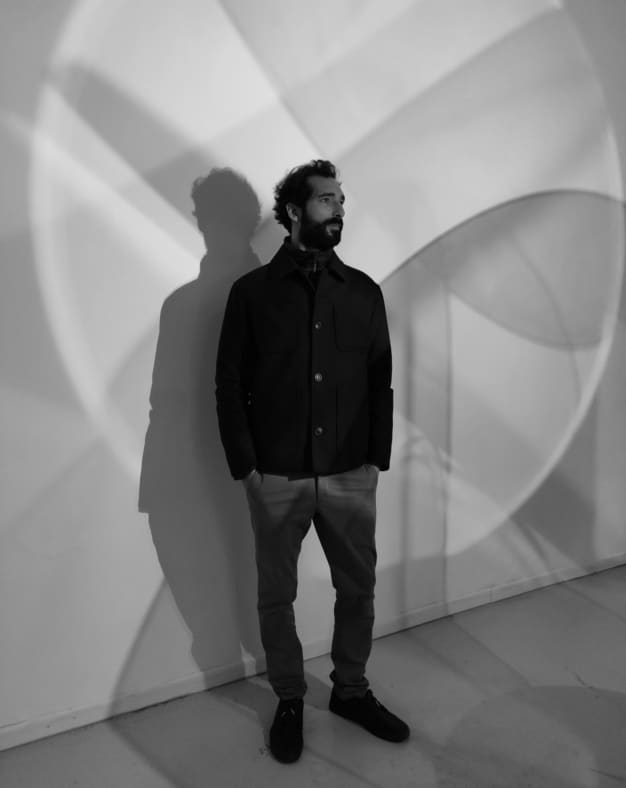 Sculptor who works with light, color and movement with shadow as the main character. Massimiliano models the light to give color to the shadow, something that can be considered unique in light art. Light appears as a fundamental part to generate the shadow, the alma mater of his pieces. Light, object and shadow, are the three essential elements of Moro’s work. Shadow has always been associated with darkness and gloom. If Tanizaki in his Praise of the Shadow revealed multiple meanings that it can hold, Massimiliano Moro transforms it completely and by giving it color brings it closer to its antagonistic element by nature: light. It can be said that the appearance of the led has put an end to the dark mythology of the shadow and that Moro has managed to denature it and presents it in color. His research seeks to create new balances that evoke nature in some aspects, but are always aware of its artificiality and at the same time maintain a familiarity that facilitates contemplation. The scale of his pieces is related to the needs of the space, taking advantage of the immaterial quality of light, capable of altering the dimensions of objects and turning something insignificant into a colossal piece. According to his heritage from the kinetic art, time is a fundamental element to understand the scope of his work. The rhythm of his pieces determines the speed that the study of shapes and colors, proposed by the artist, is discovered. His artistic training began at the Escola Massana in Barcelona where he studied Sculpture and later graduated in Art and Design. At the European Institute of Design in Barcelona, ​​he obtains the IED Master in Architectural Lighting, where he currently teaches Light Art classes. During his student years he collaborated with the international artist Tom Carr, participating in the creation of the TCTeamwork group with which he held several exhibitions (Huarte Center in Navarra, El Carme Cultural Center in Badalona, ​​Tortosa Museum, among others). Since 2015 he has worked independently, holding exhibitions throughout Europe (Barcelona, ​​Palermo, Milan, Rome, Lugano, Padua, Banska Stiavnica, …). He has also collaborated in numerous projects such as 080 Barcelona Fashion 2016, Circolo Turba, Artificio and Gioielleria Preziosi, and his works are part of various private collections. In 2017 he was chosen “emergent light designer of the year” by the LIT Award.