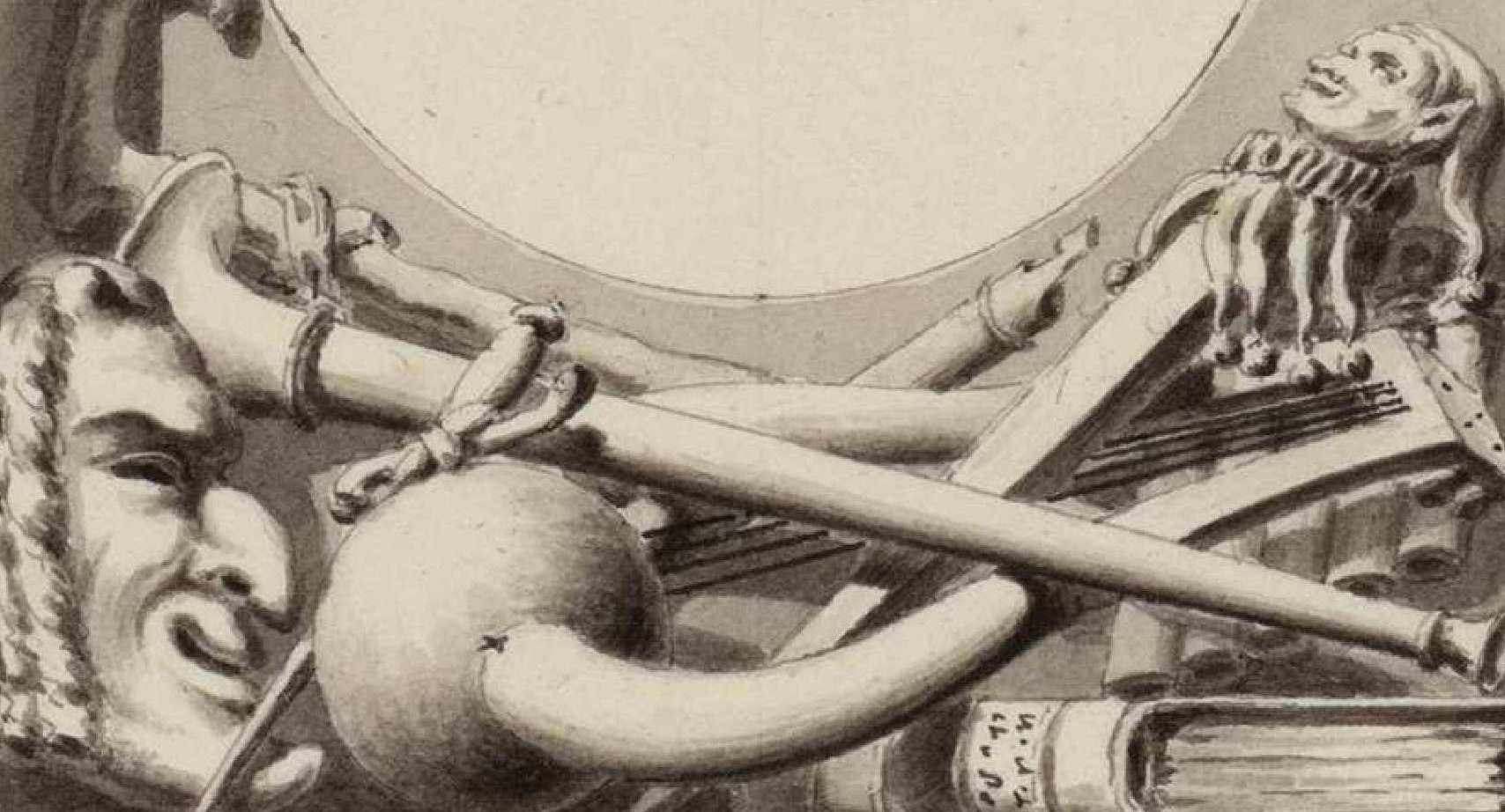 I want to talk to you about an image I found in the National Library of Spain (BNE) and the gazetteer and old image files. But before we start, I want to give you some good news about the BNE and make you happy on December 1st: today, a month ago, the National Library of Spain released more than 30 million digitized images from the Digital Newspaper Library and the Hispanic Digital Library for downloading, use, modification and free distribution. A gift for publishers, creative people, designers and artists, but also for the dissemination of culture and knowledge.

As I said, I want to talk to you about an image I found in this document archive. This is the image: 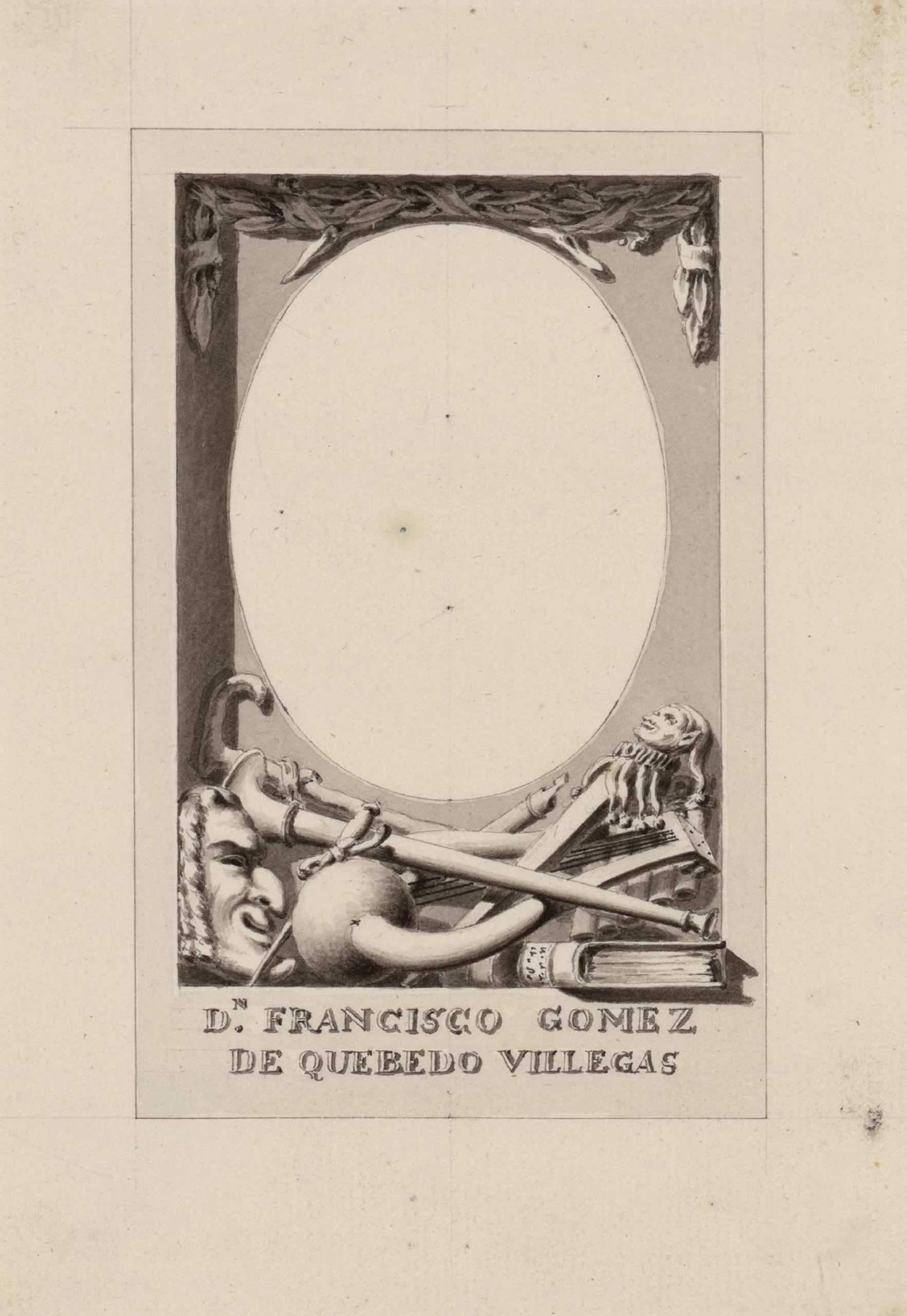 A frame. A frame that does not frame anything. A frame from which your character has escaped and is no longer anything but a frame. We have only one clue to know who that escaped character is: the character has forgotten to take his name with him. At the top we see an inscription that says “Francisco de Quevedo”. Well, I’m sure you’re wondering what this has to do with the gazetteer. The raw material of my work as a visual creator is image archives and this image has reminded me of a project I am carrying out with Júlia Peréz Gonell that we will present in 2021 on the Barcelona gazetteer, in which image archives play an important role. In the project we show how the act of nomination has lost, in the metropolis, its significant and historical essence to become a reference in the chaos, a line on the plane.

Júlia and I are once again carrying the historical weight of these nominal references of the city. We make visible impossible and anachronistic encounters between characters of the Barcelona nomenclature that cross each other on the corners of the public street. One of the encounters is that between Quevedo and John Lennon, who cross each other on a corner in the Gràcia district, just like Goya and Mozart or Arnold Shorenberg and Giuseppe Verdi. These corners, which as passers-by we use to meet, happen in the post-historic metropolis, or rather, the one where he lives in spite of history. The corners rise up asymmetrically, bearing names that we do not identify. But the strong ideological and symbolic charge of the names goes unnoticed and stealthy before our eyes, leaving with them a name empty of meaning. 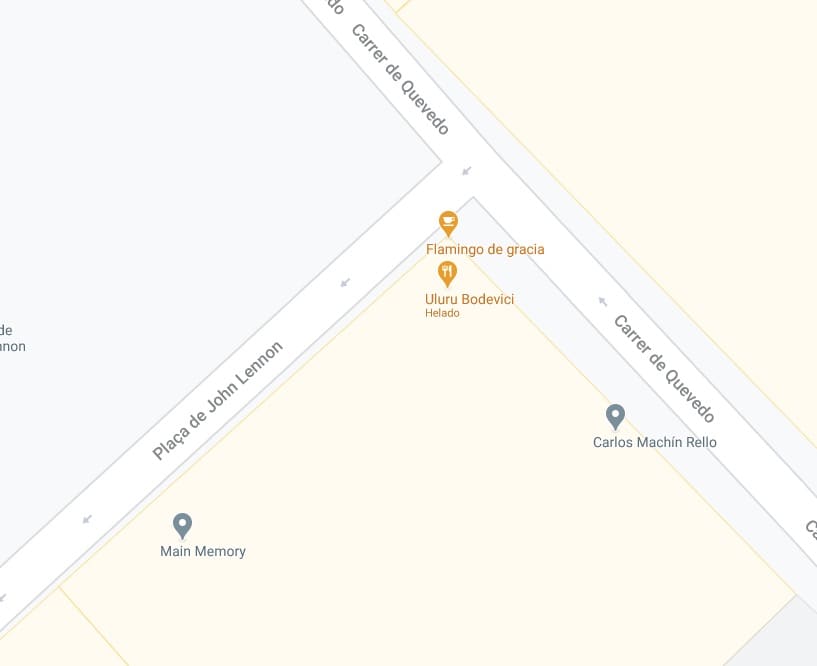 During the quarantine period, Júlia and I were sending each other letters that personify these characters. But the correspondence was not only written by us, but we did it using the collage technique, cutting out fragments of the private correspondence of these characters that we found in digitized archives or in editions that have compiled this information. The aim is to redo a new four-voice conversation by reusing fragments of the past so that history will emerge from these mute names carved in stone. It is a correspondence of voices that have been lost amidst the urban noise, an impossible encounter that the city imposes on us and that remains hidden. Mar Arza, in his work Poema de certa estructura comparable a una ciutat which he produced with Chiquita Ediciones for the Barcelona Plan B exhibition, also talks about the nomenclature. The artist traces a map in which streets are shown that do not advocate this ideological and political cover-up, but rather name life, creativity, nature and the human. Names such as carrer de l’oblit, carrer de l’eterna memòria, plaça de les cascades, placeta dels blaus or jardins de la calma appear. All of them place us in a linguistic cartography of the common and the collective. They are different ways of talking about this ideological burden hidden in the cities, Mar in this case makes them invisible and puts the emphasis on what is found in the experiences and the daily life and we instead make them clear, but in both works we do it from the poetic. 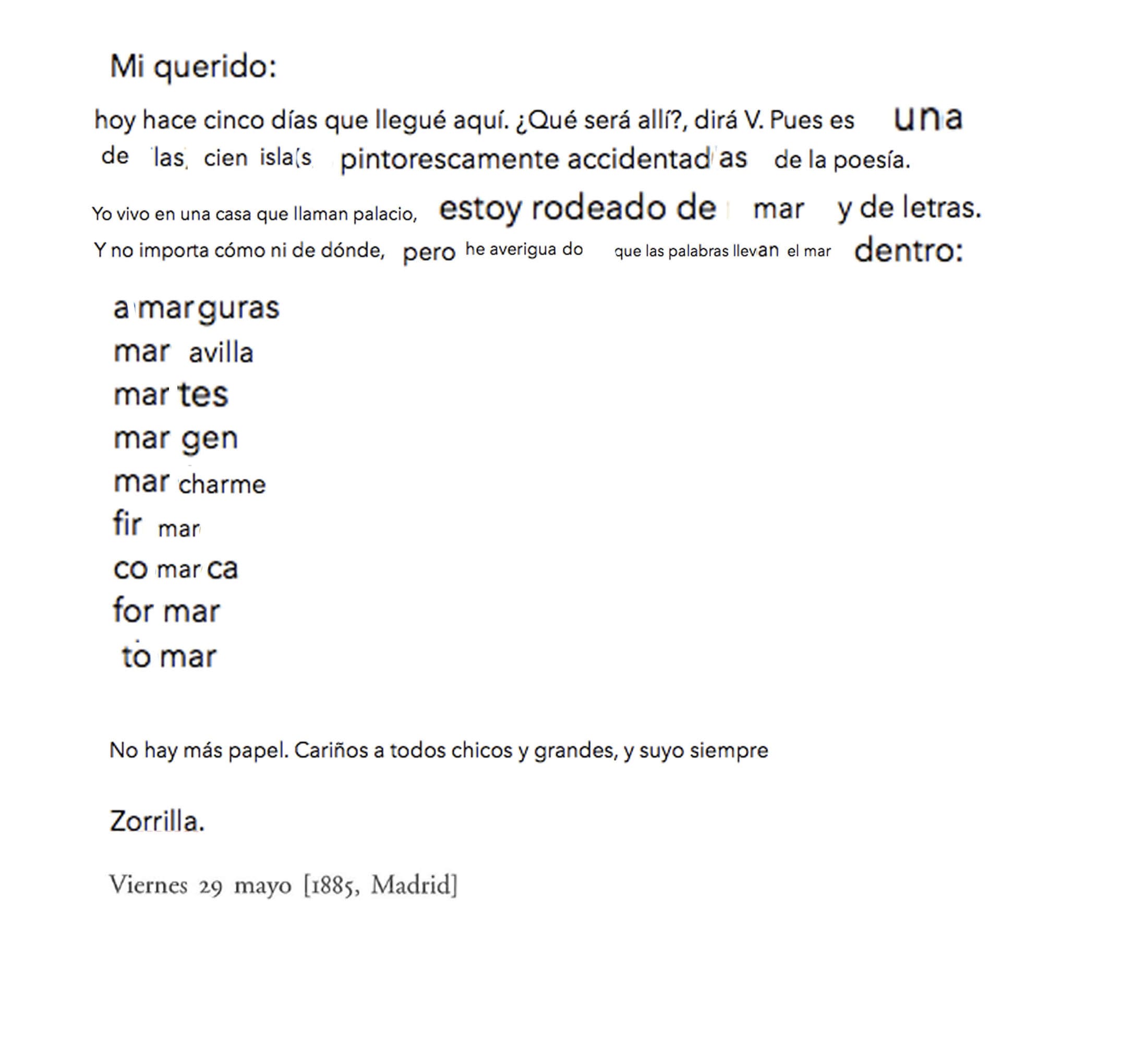 That’s why when I came across this image I thought of this project. Just like the historical character in the frame who has escaped from the representation and has left us only his name. The characters that give name to the streets have left and have left us empty letters. It is only a reference that helps us to locate ourselves in the city. The digitization of old images for free use is a practice that is becoming more and more widespread. This opens the door to a place full of a vast historical body, sometimes anonymous and mute, which cries out to be analyzed and reviewed. In order for these archives not to be like the streets or the image on the frame and end up being documents without history, they must be reviewed. These vast quantities of images available to all give birth to new lines of creation and research and with it new ways of analyzing and reworking history. That is why I call on artists, designers, creators and thinkers of all kinds to review and make use of these archives so that they do not fall into oblivion.